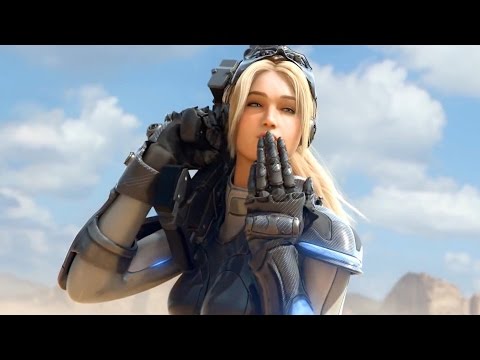 The first three missions of the Nova Covert Ops single-player campaign are coming to StarCraft II on March 29. Your decrypted briefing is ready, Commander.

StarCraft II: Nova Covert Ops is the first mission pack for StarCraft II. Consisting of nine missions, it will be released over the course of three installments as DLC, with three missions per installment.

Overview
A bundle can be pre-ordered that grants the purchaser access to all 9 missions through a single payment. Each mission pack can be purchased separately, but only the bundle is available for pre-purchase. Each mission pack will be $7.49 USD, while the pre-purchase option comes to $14.99 USD. Only the StarCraft II Starter Edition is required to download the missions.

“The reign of Emperor Valerian Mengsk is under threat. Along with facing political opposition, several Dominion ghosts have gone missing in action while under his rule. Their trail leads to a secretive Terran group, the Defenders of Man. As Nova Terra, a psionic ghost trained to be the perfect covert operative, you must delve into the conspiracy before it’s too late for the Terran Dominion.”

The campaign takes place a few years after the epilogue of Legacy of the Void (post-2508). The Terran Dominion, led by Emperor Valerian Mengsk, is attempting to recover from the civil wars and zerg attacks that have ravaged their civilization.[7] Along with facing political opposition, several Dominion ghosts have gone missing, the trail leading to a secretive terran group called the “Defenders of Man.” Nova Terra is assigned to investigate.

The campaign will have cutscenes and voiceovers. The nine missions all connect to each other. Jason Huck has speculated that at the end of each installment, there will be a cliffhanger.

Terran factions such as the Kel-Morian Combine, Umojan Protectorate, and United Earth Directorate will not feature in the game.

StarCraft 2: THE MAP IS MINED OUT! (Serral vs Neeb)